“I think it’s one of Adelaide’s great stories,” filmmaker and writer Rob George says of the story that inspired his documentary. Von loves his modernist.

“But we have the problem in Adelaide that we’re a small town and the story tends to be told about the big cities.”

Max Harris – co-founder of the literary journal angry penguins and the South African branch of the Contemporary Art Society, and later manager and owner of Mary Martin Bookshop – have not been erased from history. However, George believes key parts of his story have been overlooked, in part because they were overshadowed by the infamous Ern Malley case.

He also thinks South Australia should tell its own story.

“In the film, I can’t leave Ern Malley out…but I was more interested, especially when I was interviewing Von [Max’s wife]about where Max got his ideas from,” George says of the poet who has been dubbed Adelaide’s ‘enfant terrible’.

“How did someone living in this isolated and very conservative city in the late 1930s learn about modernism? How did he know? Now you just have to go online and find out whatever you want, but in 1938-39 we had a lot of censorship on the material; [there was] a real limit to the amount of things that happened.

George was studying Australian literature in 1969 when he first learned of Harris and the Ern Malley affair, which broke out in the early 1940s after angry penguins published a series of Modernist-style poems submitted under Ern’s name which later turned out to be a hoax. In the 1990s he tried to pitch a play at State Theater Company SA based on Harris’ relationship with Melbourne-based arts patrons John and Sunday Reed, and in 2007 he interviewed Von Harris at her home in Norwood as part of a documentary proposal to the ABC.

Neither was successful, but George couldn’t let go of his idea for a documentary. After completing his low-budget sci-fi feature film The Battle of Jericho in 2019, he decided to relaunch the project which is now called Von loves his modernist and will screen as part of the SA History Festival on May 14 at Mercury Cinema and May 28 at Marino Community Hall.

“In a way, it’s a love story at the heart of it all,” George says of the film’s title, which includes footage from his 2007 interview with Von.

“Then she saw him again at a football game and she said he was very different. [to other boys she knew] and that was what drew her to him. They were about 15 or 16 at the time…he was known as a poet then and she describes him as someone who did things differently…and he was obviously very energetic, intellectual, incredibly intelligent, incredibly cultured.

Young Von and Max. Photo courtesy of the Harris family

Von’s parents didn’t initially approve of Max, but the pair reconnected in Melbourne when he was with the Reeds at their Heide estate, a gathering place for artists like Sidney Nolan. Von, a dancer and actor, moved to Melbourne to join the Borovansky Ballet. The couple married upon their return to Adelaide.

“Von talks a lot about their life in Heide and their membership in the modernist art movement in Melbourne at that time,” George says of their interview, which gave insight into the world Max grew up in and the people with which he is associated.

Butterss told George that young Max would have been influenced by literary figures from Adelaide in the 1930s and 1940s such as Jim Stewartnovelist and professor of English at the University of Adelaide.

“The other thing that I had no idea was that there was a bookshop in Adelaide called Preece’s Bookshop that was operating well into the 70s,” George says.

“It was at Beehive Corner on King William Street and they imported a lot of modernist literature and contemporary literature and were very happy for students and interested people to stand there and read them in the back of the bookshop… they also put out a literary magazine that they used to publish and Max participated in it.

“There was this quite interesting, you could almost call it a womb, of the cultural activity in conservative old Adelaide that was going on at that time.”

These were conservative times, however, and after the Ern Malley case, Max Harris faced an obscenity trial over what authorities considered to be obscene lines in some of the poems. Despite the saga, he remains a promoter of modernism and rises as a bookseller and publisher.

George’s documentary includes some of the trial transcripts and sees Max’s grandson, Ryder Grindle, channel Max with readings of his poems and excerpts from his experimental novel, The vegetative eye. 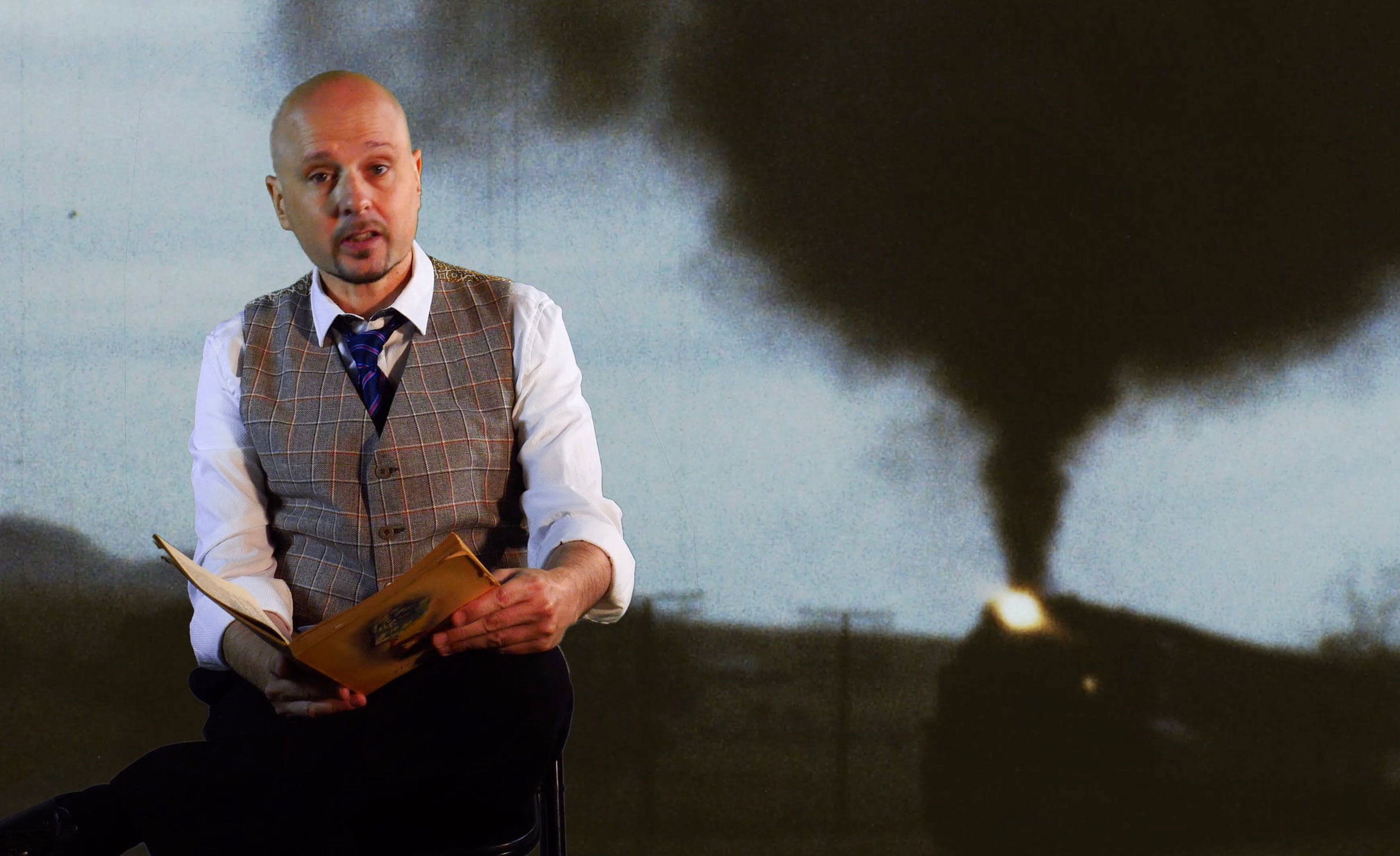 Ryder Grindle reads excerpts from the writings of his grandfather Max in Von loves his modernist.

Helping to paint the picture of Adelaide at the start of the Second World War are excerpts from the diary of Carys Harding Brownwho was 17 in 1940 and had a relationship with Donald Beviss “Sam” Kerr, Max’s co-editor of angry penguins. His writings have been published in Carys: Diary of a Young Girl, Adelaide 1940-42, parts of which are read by his daughter Ann Barson in Von loves his modernist.

“The diary creates a beautiful picture of the extraordinary cultural activity that was going on in Adelaide at that time…in Carys’ diary she appears to be going to see a film, a play, a ballet, an orchestra concert practically every night of the week,” says Georges.

This Saturday’s screening of Von loves his modernist at the Mercury Cinema will be followed by a Q&A with Rob George and other documentary cast members, including Samela Harris, Nicholas Jose and Philip Butterss.

The filmmaker acknowledges that the 65-minute documentary, made on a small budget, will appeal to a niche audience, but he hopes it will find a life beyond the History Festival: “I think there will be other screenings. In what context, who knows?

Increase your impact by doubling your donations

When you pledge to make a regular weekly, bi-weekly or monthly tax-deductible donation to InReview, each scheduled donation will be matched by Creative Partnerships Australia. That means you’re supporting twice as many InReview stories to order, edit, and publish.