A youth panel in session at the 2022 Africa Film Trinidad and Tobago (AFTT), held in Port of Spain from May 24-28. Photo courtesy of AFTT, used with permission.

The 2022 edition of Africa Film Trinidad and Tobago (AFTT), which took place in Port of Spain from May 24-28, presented a mix of contemporary and classic films from the continent, as well as local and regional films highlighting issues relevant to the Afro-Caribbean experience. .

Now in its eighth year, the festival is much more than a film screening event. With its grassroots feel and commitment to inclusivity, the event creates a diverse and vibrant space that reflects the cultural reality of the Caribbean – through film, music, art and literature – while honor “the tone, landscape, color, complexity and beauty of Africa.”

Attended some of the AFTT events this year [full disclosure: a film I co-produced was screened at the festival] and spoke with filmmaker and founder Asha Lovelace about the bridges of communication and collaboration she is building between the Caribbean and African film worlds, and why this is so important to regional audiences. 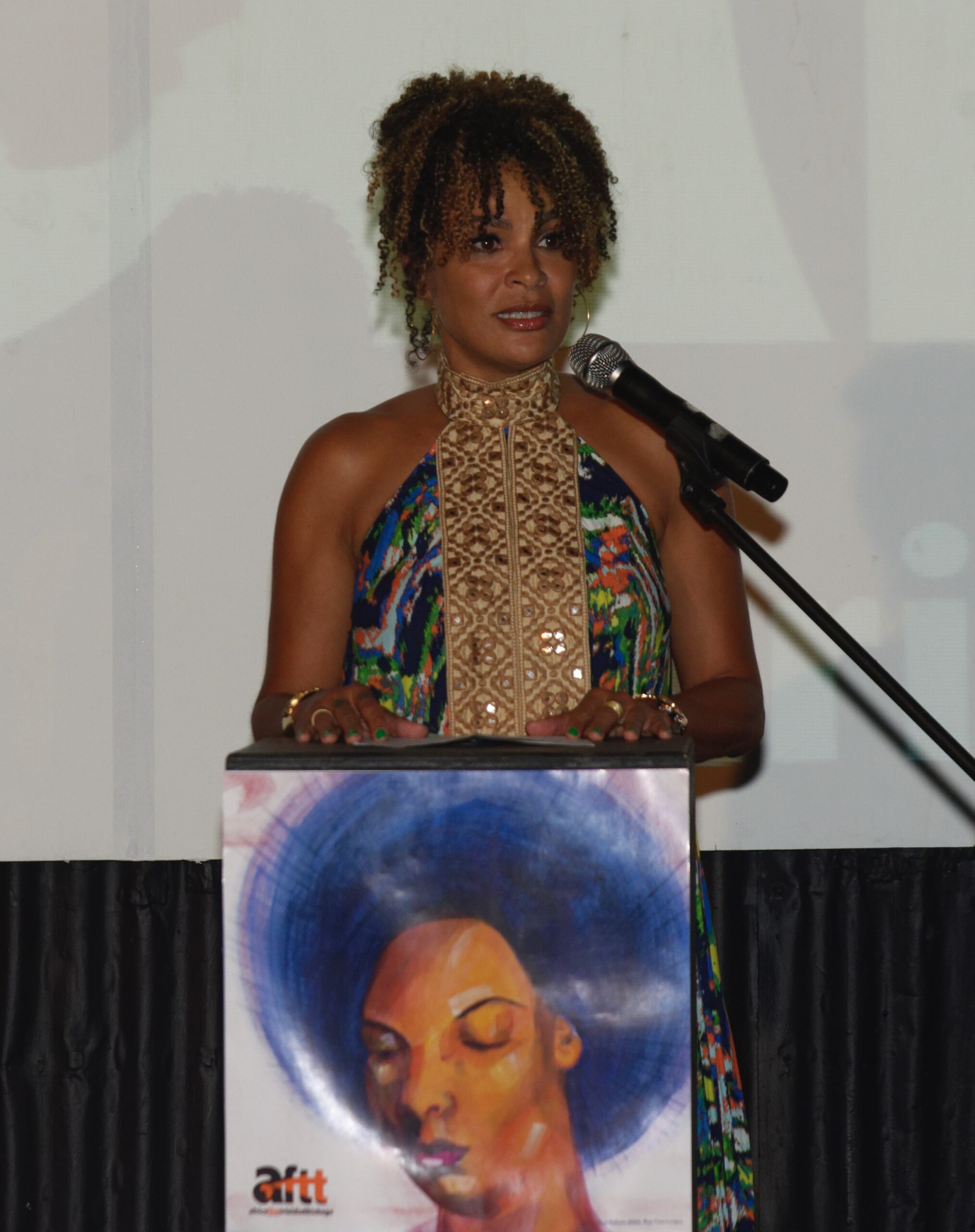 Asha Lovelace, founder of Africa Film Trinidad and Tobago (AFTT), at the opening of the 2022 film festival. Photo courtesy of AFTT, used with permission.

Janine Mendes-Franco (JMF): How and when did you decide to launch the Africa Film Festival and why did you feel the need for Trinidad and Tobago to have a festival of this nature?

Asha Lovelace (AL): In 2013, I was invited to be part of the jury of FESPACO (Pan-African Film and Television Festival) in Burkina Faso, one of the most important African film festivals in the world. It was quite an experience! The opening took place in a huge stadium, full of people from all walks of life – from those on the red carpet to people walking around without shoes. Everyone was included, excited and there to watch films from across the African continent and beyond.

This festival offered me entry into a world of diverse African films, with unique aesthetics, endorsed by their countries and appreciated by their own people. They were very proud of these films and of telling their own stories, in their own way, which they were unable to do in colonial times.

As a filmmaker striving to bring Caribbean stories told by Caribbean people to the screen, I was inspired to see the festival’s support for films and filmmakers from across Africa. As I sat in this crowded stadium, I realized that African cinema can offer us models to develop a rich and vibrant industry right here at home in the Caribbean.

Not only do we have a connection to Africa – physical, historical and ongoing – but it was Africans in large part who laid the foundation of what the Caribbean is. Coming from a similar colonial experience, Africans grappled with the same kinds of questions that we in this region must grapple with as we struggle to reclaim our psyche. With the AFTT, we wanted to reconnect with Africa and give us something to see about ourselves from which we had moved away.

JMF: At this year’s launch, you talked about the role of the AFTT in reframing how black people are viewed. Tell us about this in the context of multicultural Trinidad and Tobago.

AL: With all its complexity and diversity, I cannot think of a continent that has been more reviled in recent history, and at the same time, whose people have served as such a source of creativity and inspiration to the world. . In an attempt to liberate Africans from the vision imposed by generations of colonial denunciation, the AFTT gives us a chance to see an African worldview, which, in fact, will help us shape our own worldview, not only for people of African descent, but for all of us in this very complex and cosmopolitan society. We can all address essential humanity and the demand for human dignity and justice for all. 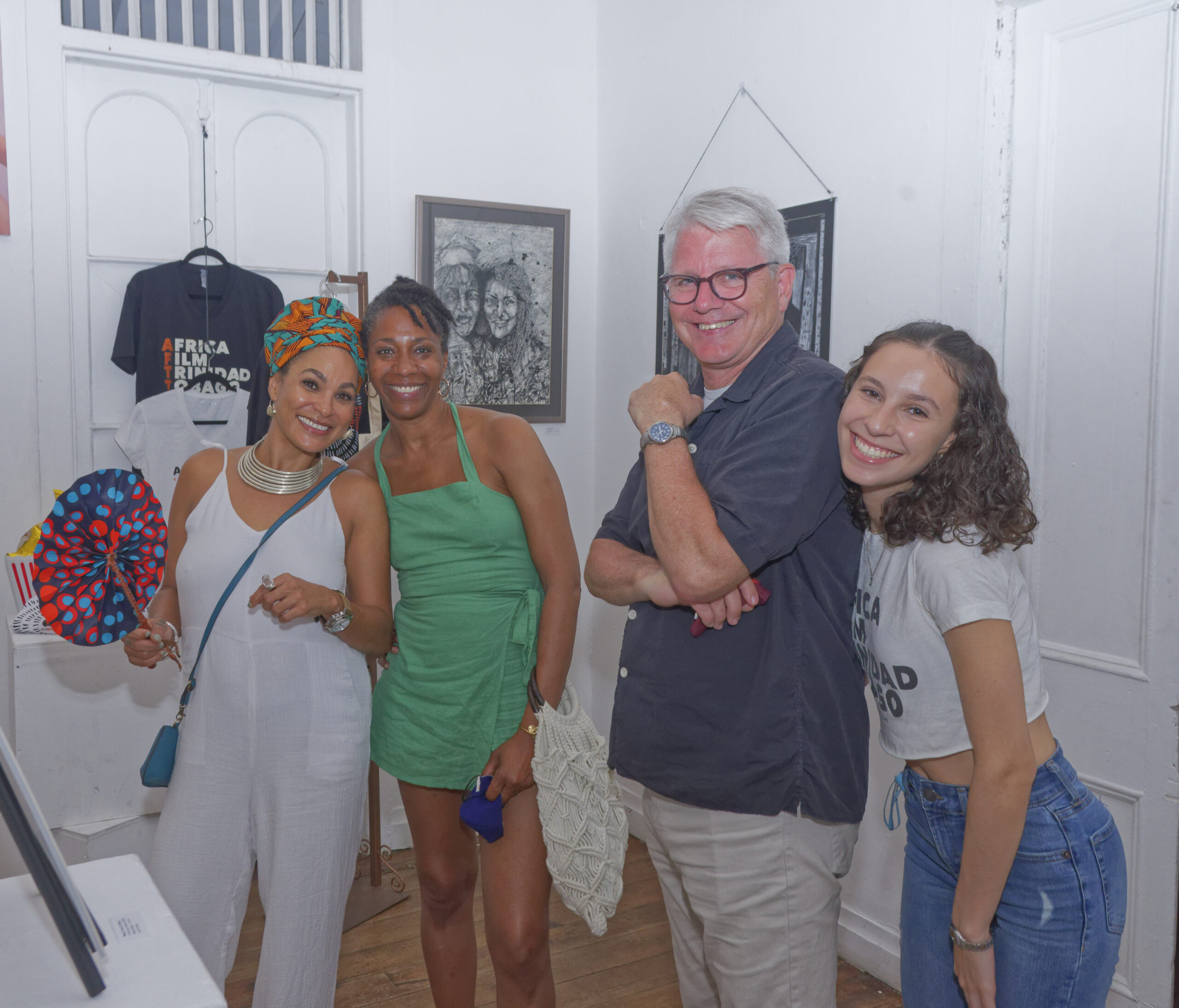 JMF: How is the collaboration with African filmmakers going?

AL: I have been Regional Secretary for the Caribbean Diaspora since FEPACI, the Pan-African Federation of Filmmakers since 2013 and this association has put me in close contact with filmmakers and film festivals across the continent and beyond. It certainly helped to be aware of new films, and also led to collaborations and exchanges of content between festivals.

This year, we collaborated with the Real Time International Film Festival in Nigeria and had a fantastic panel discussion on Nollywood and the film industry of Trinidad and Tobago. Finally, a co-production treaty was announced, as well as the first Trinidad and Tobago/Nigeria film production which is already in the development phase. 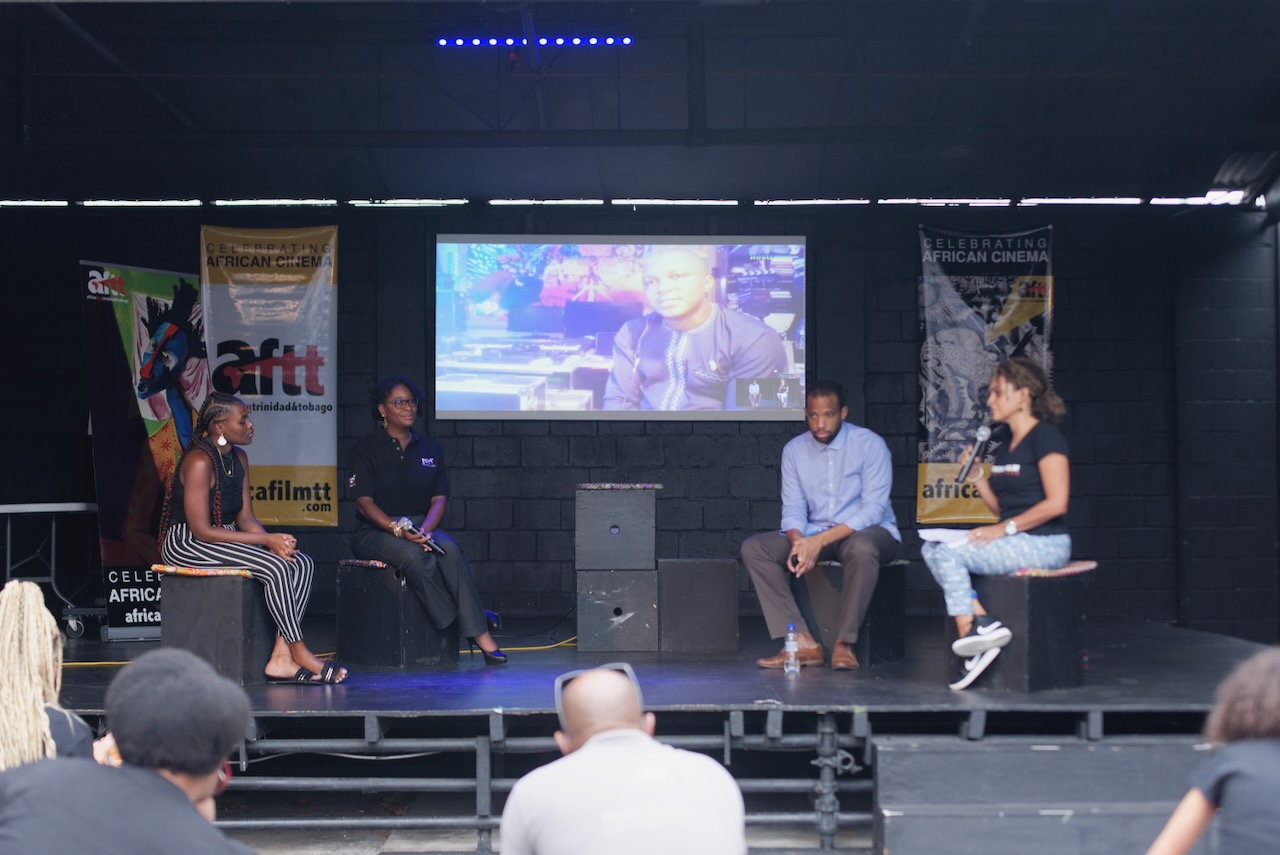 JMF: I loved how the films I saw had a very different aesthetic to the mainstream Hollywood-type films that many of us are used to seeing. The feel is fresh, rooted in a different perspective, and still strong in terms of the universality of storytelling. What can regional cinema learn from it?

AL: All! This is precisely the point. AFTT is a carefully curated festival that not only gives us access to the creativity and diversity of African storytelling across various genres, but these films also offer different perspectives, models, themes and aesthetic qualities.

As we approach the telling of our own stories, these films can provide support and inspire confidence in our filmmakers, in the themes we address, the techniques we employ, and the way we go about making films. We can be inspired both as filmmakers and viewers by these African films; we can learn from them and we can see ourselves in them.

JMF: I like Bollywood, African cinema has grown because it has audiences to support it in terms of scale. Could there be a lesson here for Caribbean filmmakers?

AL: Absolutely! These industries are also strongly supported by the diaspora. We have a long history of Bollywood films in Trinidad, for example. It was a way for Indians to stay connected to the motherland and culturally tap into what was happening there. More recently, we have consumed a large number of […] Nollywood movies in Trinidad and Tobago.

Likewise, we can tap into the same markets and use the same distribution streams. We looked to Hollywood and North America for validation and an entry point into their industry and heavily controlled distribution chains, but we have these other vast markets available to us to explore and capitalize on.

I suspect this will be a more viable and perhaps even more rewarding path. 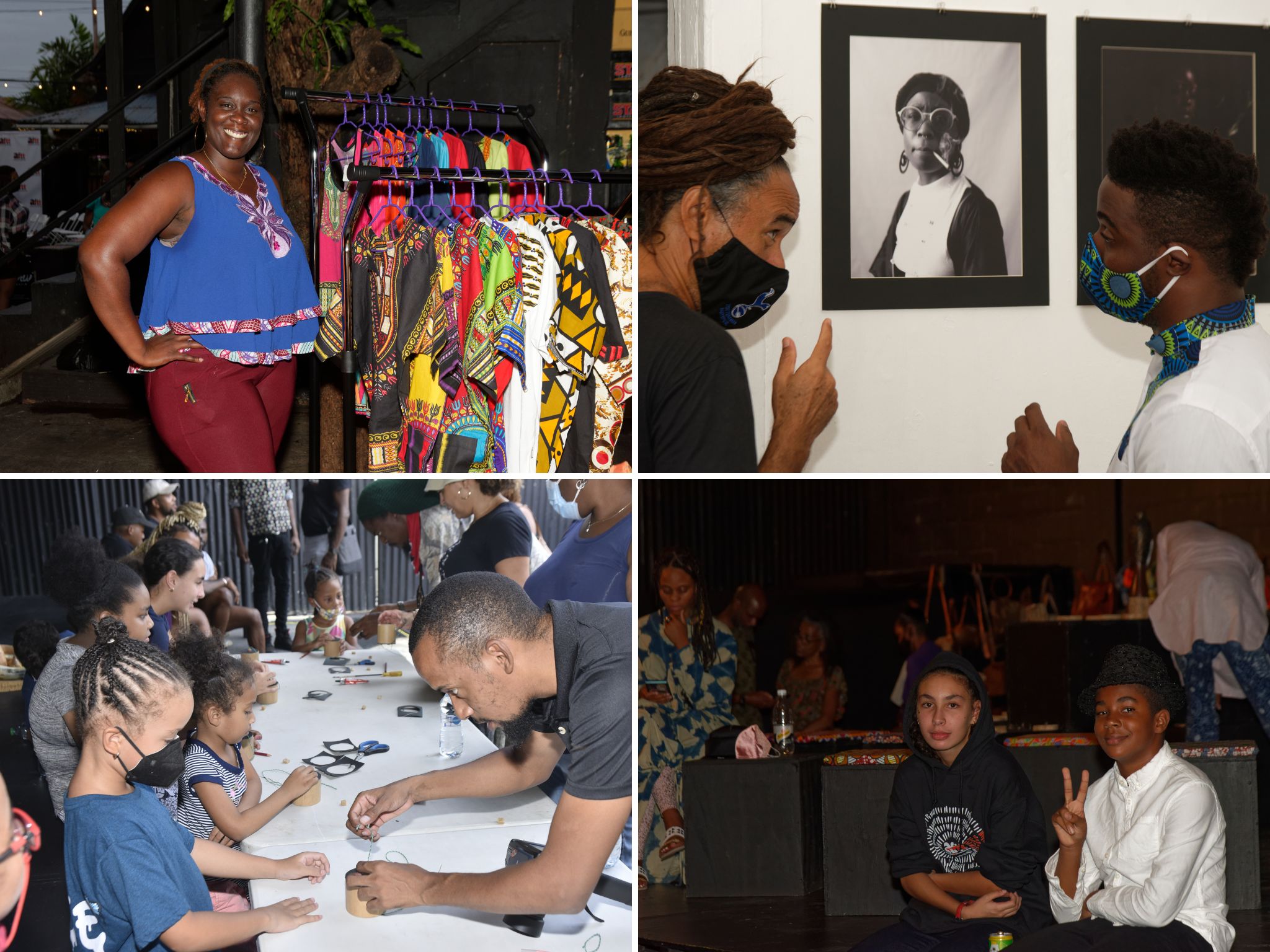 Clockwise from top left: A clothing designer at the AFTT Marketplace, attendees discuss a piece during the art exhibit aspect of the festival, attendees of the AFTT at the festival merchandising, attendees at the AFTT Jr. “Make and Play” workshop. Photos courtesy of AFTT, used with permission.

JMF: The event makes a point of supporting young artists who are not necessarily filmmakers (artists, fashion designers, musicians, etc.), but also of educating children who could well become the storytellers of tomorrow. Why is this important to you?

AL: Film is the most modern form of storytelling and incorporates various other art forms such as writing, visual arts, music, photography, etc.

It is important to us to provide a space for young creatives where they can actively participate not just as spectators, but a space where they can exhibit, collaborate, discuss, sell and, most importantly, see themselves as part of something. something worthwhile.

JMF: What makes the AFTT different and why should people be interested in being part of it?

AL: The AFTT wants to be a new source of inspiration. It is meant to validate the telling of our own stories, to inspire us to tell our own stories in our own way. What we’ve tried to do is help us appreciate ourselves and our stories.

Here we see filmmakers who, with a fraction of the resources available to Hollywood, create films that draw on a multitude of stories and images from the continent. The AFTT is committed to giving our local filmmakers, including those who have been overlooked before, the inspiration, encouragement and platform to exhibit and share their work. 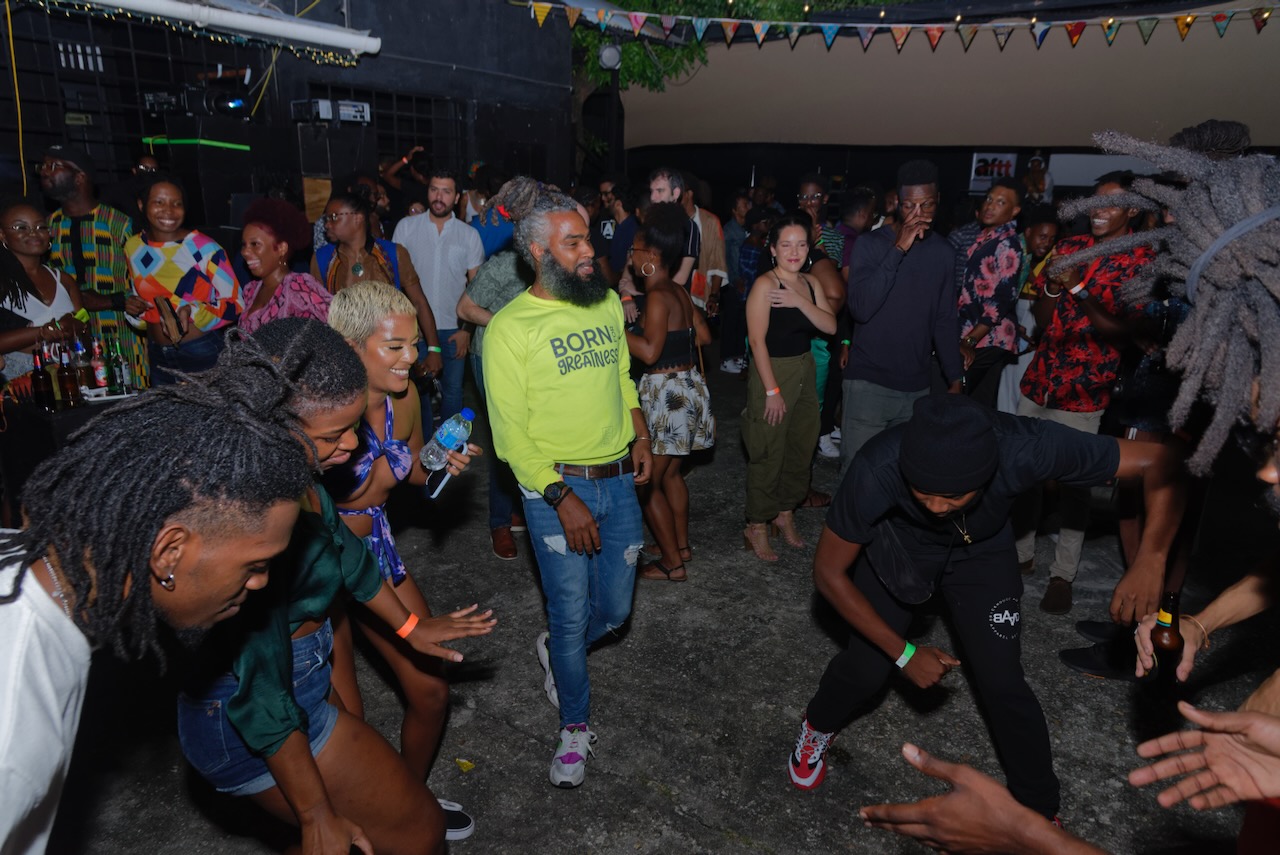 Crowds have a good time at the Afrobeats party, one of the events associated with Africa Film Trinidad and Tobago 2022. Photo courtesy of AFTT, used with permission.

JMF: Tell us about the community aspect of the festival and what you think it achieved.

AL: The AFTT was born out of a desire to share, to celebrate, to inspire and be inspired, to connect and reconnect through stories and films. The dissemination of the festival in various communities remains a priority. Film festivals can sometimes have the stigma of being exclusive, artsy, even elitist, and that’s something we want to avoid. The AFTT is for everyone.

Cinema is the art form with the greatest mass appeal. It is important for us to share these stories with as many people as possible. We cannot leave out the inhabitants of rural areas. We want to make this as accessible as possible to everyone. For those who cannot come, we will bring it to you.

Until 2019 (before COVID-19) we would launch the festival on the Brian Lara Promenade on a Friday evening, amid the bustle of people going home, with a free pop-up screening. It was still a great start to our festival week, but more than anything else, it was a statement and an invitation for everyone to participate and feel part of the festival. 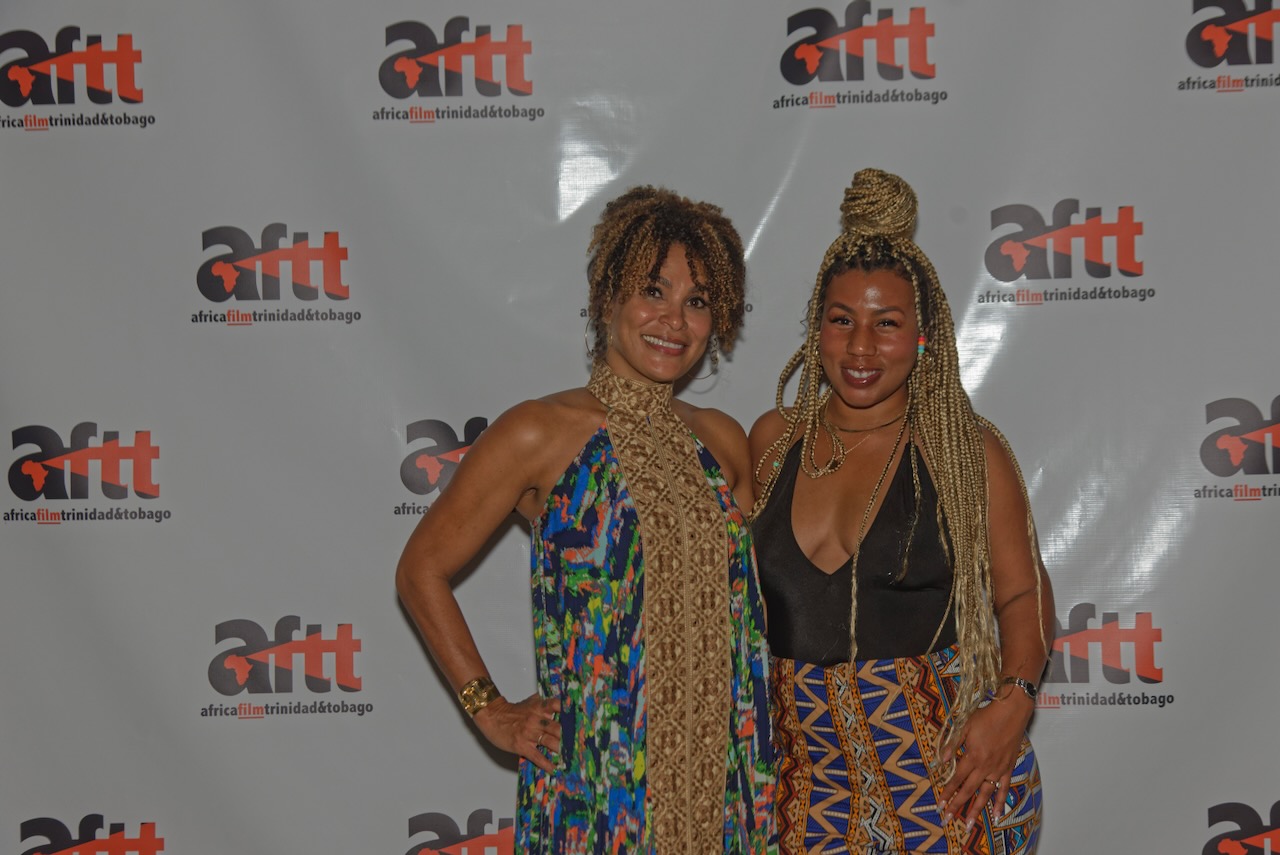 JMF: What are you most proud of at the festival?

AL: The AFTT is growing in all directions. I am proud of this expansion and growth. I’m proud of what we’ve created and the energy and vibe that surrounds the festival. One of my proudest moments was when two young filmmakers asked to screen their films at the AFTT. They came to us saying, “We feel at home here.

JMF: Where do you see the AFTT in the future?

AL: I see AFTT as the hub of black cinema in the region, with editions in different islands. I hope the AFTT helps us in the Caribbean to see Africa as more than a distant place in our history, but a representation of a living connection with people from over 50 countries with a vast array of cultures , and a reminder that Africa is here with us – all of us.