ELIO LOMBARDI is well known for his many productions and, at 88, is currently working on his 112th film. He talks to Joseph Agius about his career, his many artistic passions, as well as author Mary Attard’s new book about him titled Elio Lombardi – Il-Ħajja Kreattiva Tiegħu.

JA: Elio Lombardi is a name synonymous with local television productions and filmmaking. However, it seems that you are interested in other media, such as painting, sculpture, literature, in addition to having had experience as an actor, singer, make-up artist, printer (you have owned a press to print for a while) and a set designer. You also worked at the Times of Malta for a while. How did you find the time to reconcile everything, in addition to being a father and father of four children?

EL: Since I was still young, I always loved to play and used to participate in a company known as Assisi, which was in my village in Sliema. I also had an inclination for painting, and my mother contacted a certain Mary Vella, who was an artist, and I started taking lessons with her.

In the meantime, I had also started taking art classes at the art school in Valletta. My tutors at the time were Emvin Cremona and Vincent Apap. I can say that I had inherited my talent as a writer from my grandfather Emilio who had written 110 novels in his lifetime. Although I have a family of four children, God willing, I found time for my creative pursuits.

JA: Is there a salient episode that somehow influenced your preference for the moving image as an artistic expression?

EL: When I was around 50, I was tempted to try my hand at filming to be a member of the MACC (Malta Amateur Cine Circle) which organized the Golden Knight Awards. The main actor of my first film, A friend in need, was Emmanuel Magri who took home the Best Actor award, and the film itself took home the top prize. It encouraged me to continue to this day and I am currently working on the 112th film. 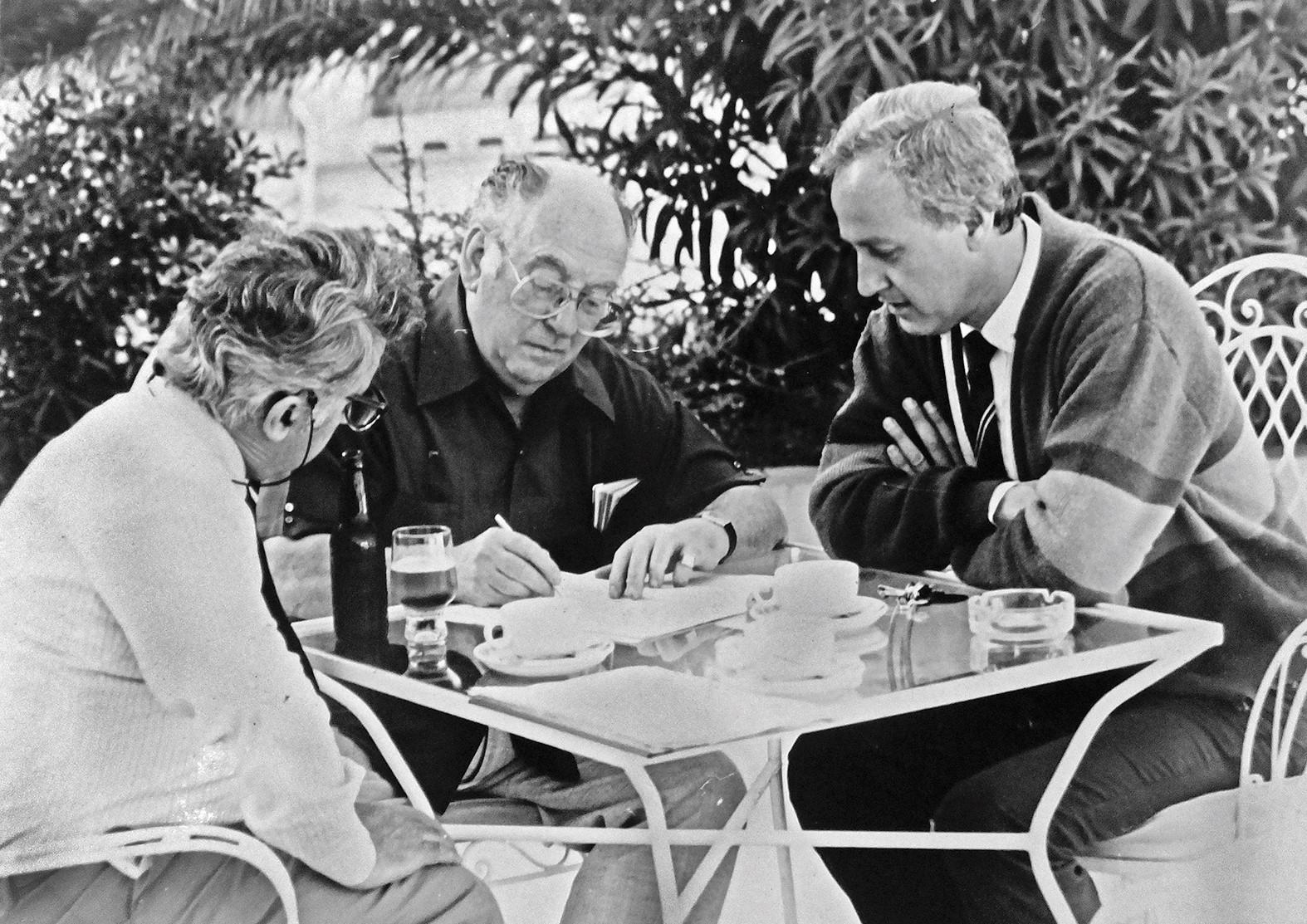 Elio Lombardi with one of his actors, the late Leslie Gladwish (right), and director Michael Klinger (center).

JA: Your meeting with international producer Michael Klinger can be considered one of the highlights of your career. Klinger has produced films by Roman Polanski, including masterpieces of world cinema such as Repulsionand Mike Hodges’ famous rather violent crime drama Get Carter, starring Michael Caine. In your opinion, what prompted the famous producer to organize a meeting with you? What ingredients made your film Pepita Gomez to own, which intrigued Klinger so much?

EL: For me, it was an honor to have the opportunity to meet Klinger who knew me thanks to Paul Avellino of the Malta Film Facilities in Kalkara, and who told him about me. He had seen my film Pepita Gomez and showed it to Klinger who was very impressed by one of the film’s scenes of a murder that occurred during a group march live from a village festival in Siġġiewi. He was surprised how I managed to do it on my own with little experience and resources. 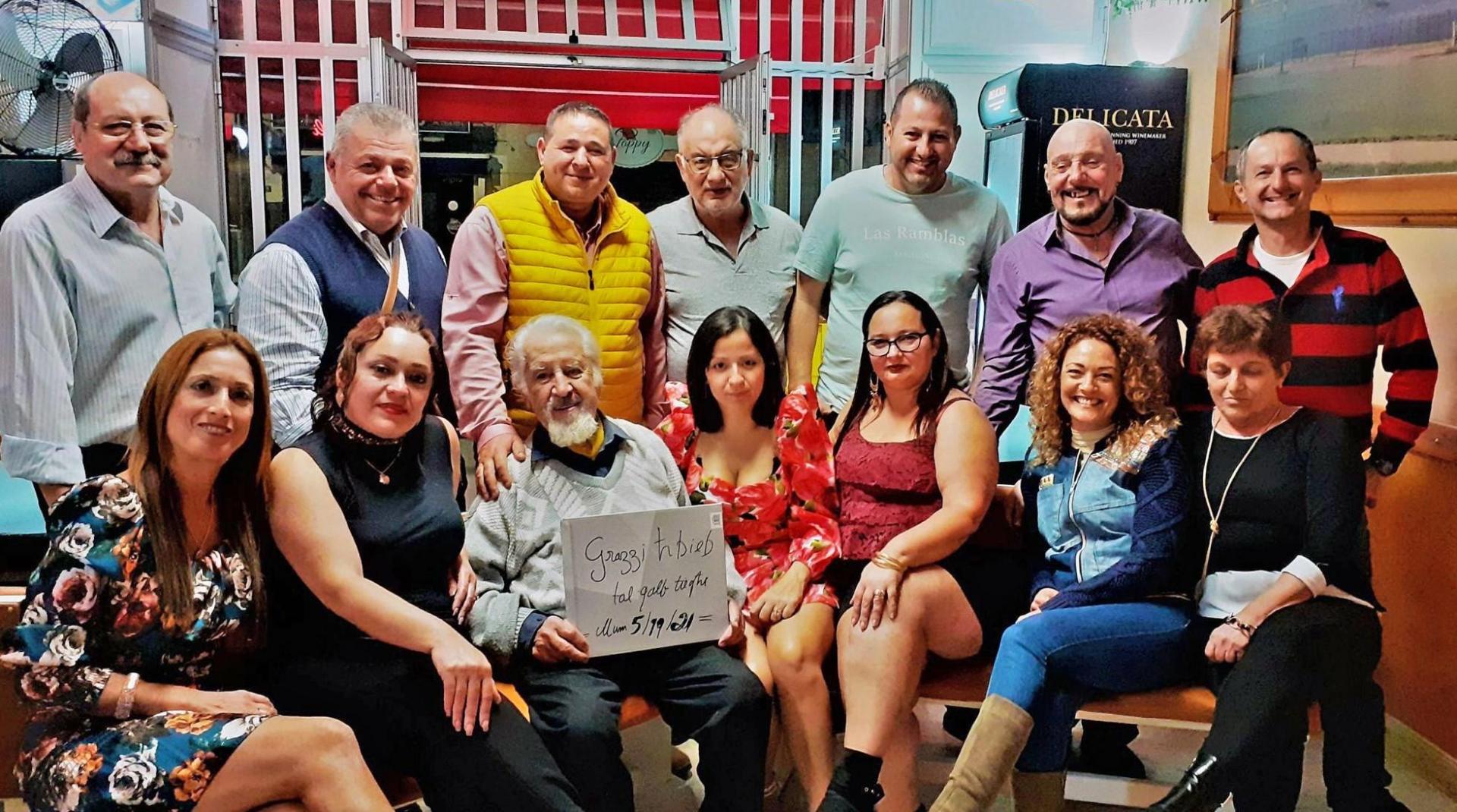 Group photo of Lombardi’s acting family at one of his birthday celebrations.

JA: It’s such a shame that Klinger died before the whole project took off in a coherent way. Do you regret this missed opportunity? Or did your repertoire of possible productions compensate for this disappointment?

EL: Klinger’s sudden death was indeed a shock. However, I still believe that what has to happen will happen. On reflection, if Klinger had hired me to introduce myself internationally as he intended to do, I would not have had the chance to make more than a hundred films.

JA: For a while you attended the Malta School of Art, under the tutelage of artists Vincent Apap and Emvin Cremona. Can you tell a few stories about these giants of 20th century Maltese art and your days as a student there? Did the moving image intrigue you more than the static documentation of the pictorial genre? 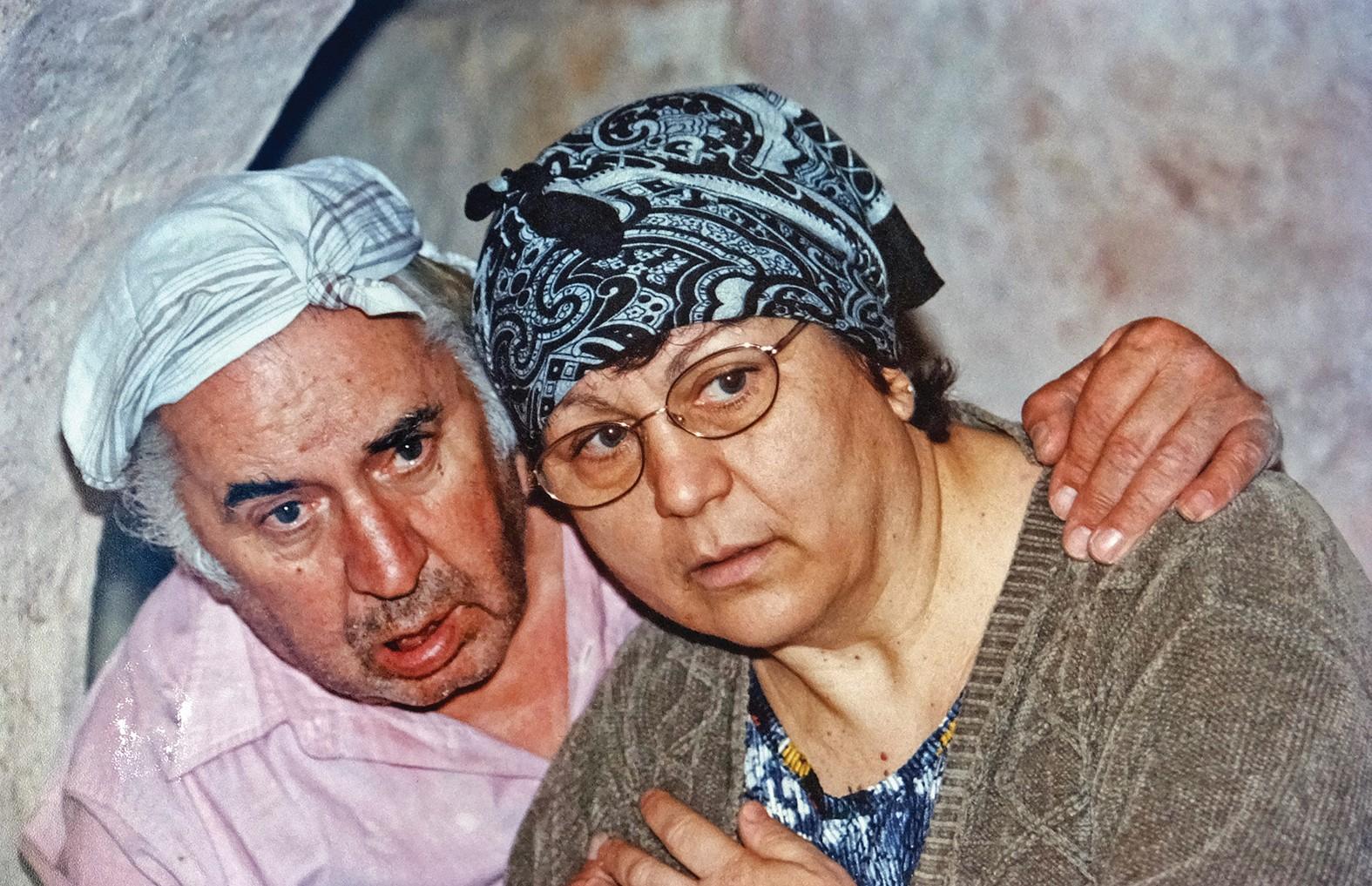 EL: What I can say is that the art is strange. Just because you are inclined to write or paint does not mean that you can just write or paint whenever you want. I believe that the muse must be present. I can only say that with Emvin Cremona I learned to use and mix the right colors in my paints.

When I was around 50, I was tempted to try my hand at filming to be a member of the MACC (Malta Amateur Cine Circle) which organized the Golden Knight Awards.-Elio Lombardi

Later I had copied the painting of St Jerome which is in the Church of the Sacro Cuor in Sliema and when I showed it to my tutor he thought I had obtained the draft painting from the original artist. He didn’t realize it was actually my painting. Over the years, I have mostly stuck to the medium of filming and writing novels, eight of which have been published and more are in the process of being published. 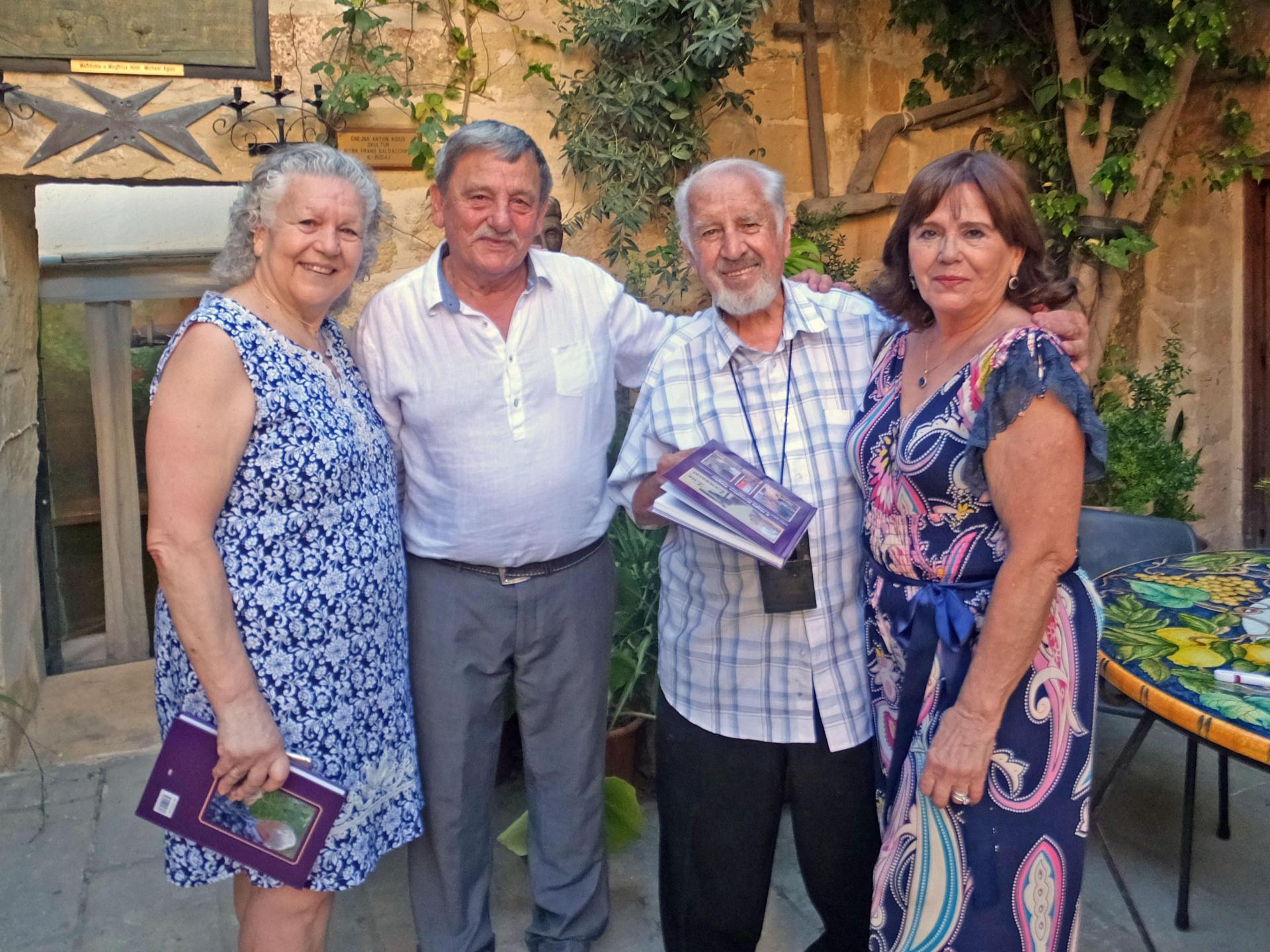 JA: Which directors do you consider role models? Which international auteur films have particularly inspired you? I think you favor a realistic documentary style in your shooting. Are you inspired by raw reality? Is your preference for “non-professional” actors sometimes a means of achieving this?

EL: I was particularly impressed with Ben Hur and its director, William Wyler. I tend to prefer working on Maltese culture and I’m not influenced by other directors. It should be noted that I have no financial support for my films. It’s a one-man effort to make a movie, whether it’s writing the story, finding the right places to shoot, creating all the props myself, and finding the right people as proper characters – and all with very limited resources. . 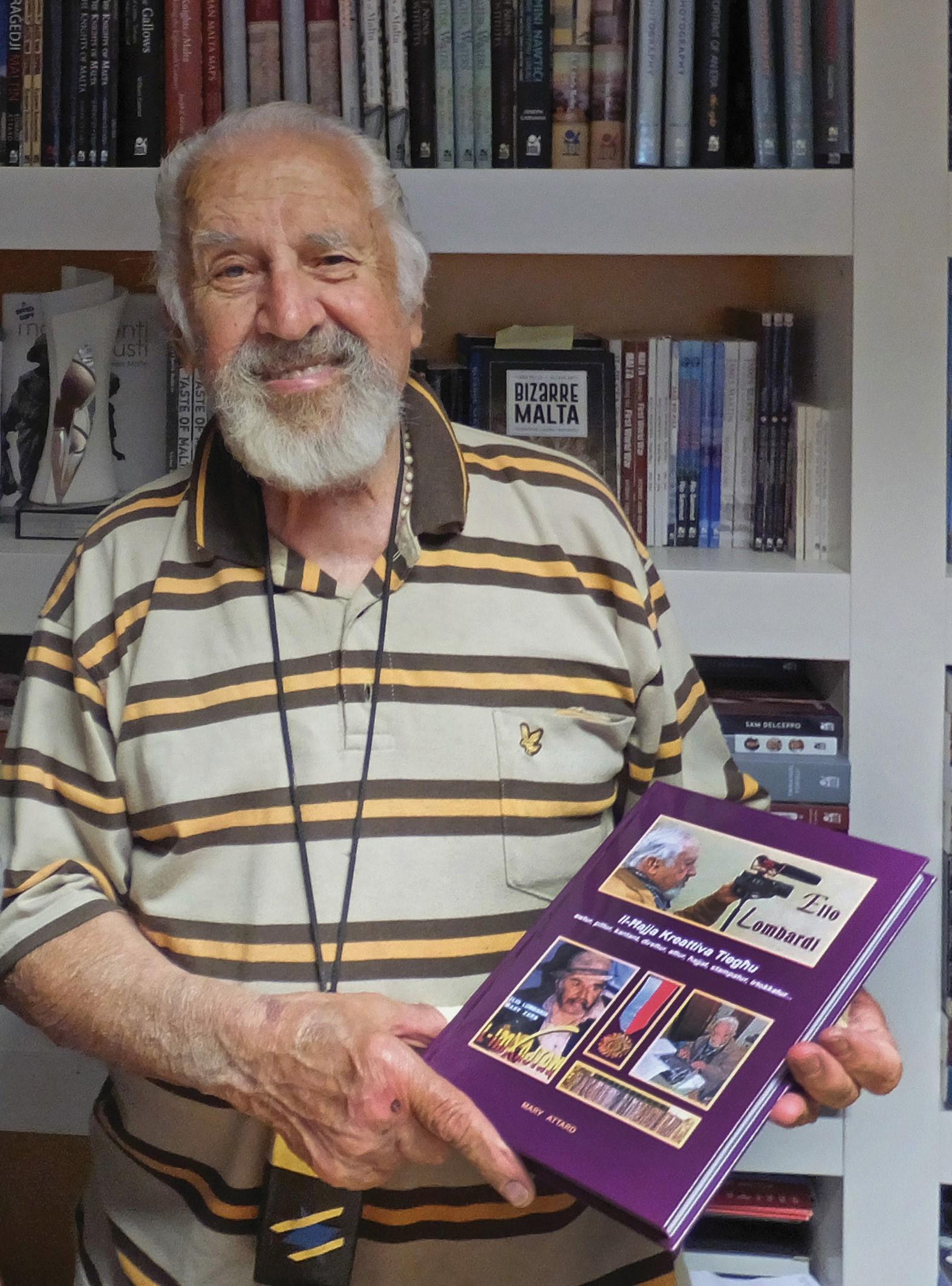 It is also necessary to note the era of the story, and therefore to create the right costume and customs. The actors are mostly non-professional and act on a voluntary basis. Everyone is waiting impatiently for my next films to appear there. Many had moved on to acting and are now in television series. I’ve never studied the medium myself and it’s all been a matter of trial and error over the years. I write all my screenplays and novels on an old typewriter because I’m not familiar with computers.

JA: You met Italian singers like the late Claudio Villa and Luciano Tajoli, who both had a particular and rather dramatic and “operatic” style of singing that brought out the vocal palette of the artist. Does your voice have this timbre? Do you have any anecdotes to mention about the time you met them here in Malta?

EL: It is true that I met all the Italian singers who had come to Malta to perform here. I don’t just meet the singer concerned but I also want to talk to him and get his autograph. Once I was with the singer Albano at the Plaza de Sliema. Before going on stage to sing, Albano drank a small bottle of whiskey and threw it away. I just grabbed him and asked for his autograph on the bottle, which I still have. 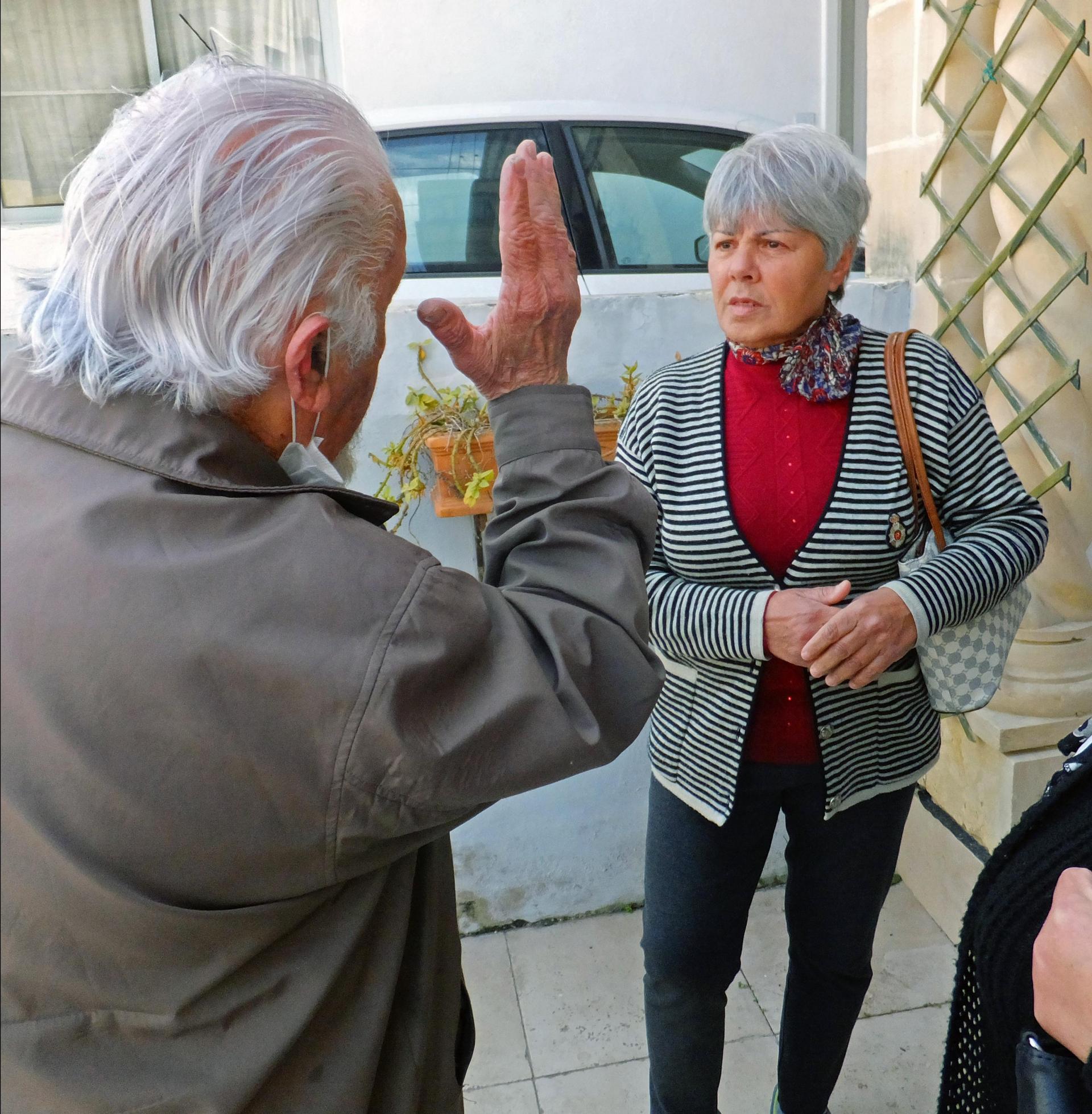 Lombardi directing Mary Attard, the book’s author, in one of his films. Photo: Mary Attard

JA: At the venerable age of 88, you still have the stamina to pursue projects. What motivates you and what is the last project you embarked on?

EL: I am a person who is always on the move and does not stand still. In addition, my family of actors and actresses pushes me to involve them in new films which motivate me to continue. I build a story as I go, and it’s not the first time that I find myself stuck on how to unfold the rest of the story. There is a timing for everything. 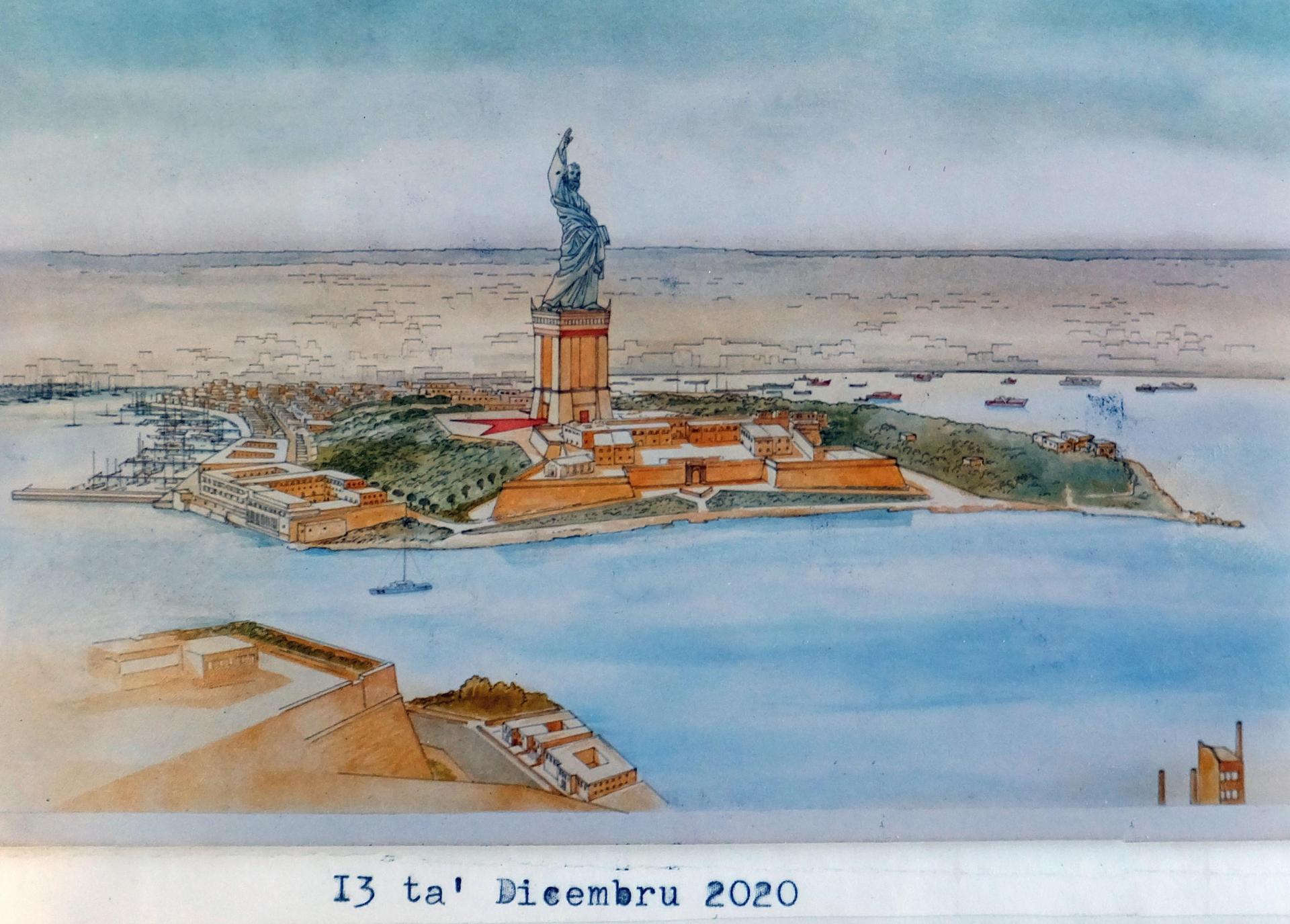 Lombardi’s painting of Manoel Island with his proposed statue of St Paul.

I was delighted that recently one of my actresses, Mary Attard, offered to compile my creative work into a book. So I now have something in my name for posterity and for future reference of my works. Yet I have another dream to see a large statue of St Paul, which is very important to us Maltese as a symbol of Malta and placed in the middle of Manoel Island. It would be a particular Maltese icon which would also generate income from tourists for the local economy by buying souvenirs of it. I even represented it in one of my paintings, because it’s a dream I’ve been dwelling on for a very long time.

Independent journalism costs money. Support Times of Malta for the price of a coffee.