Herbert L. Leonard November 18, 2022 Literary film Comments Off on A film that captures the possibility of not belonging to ethnic molds in Bosnia and Herzegovina Global Voices 2 Views

Children’s art reading in Bosnian “Be patient”, “Trust in yourself”, “If it’s not outside, spring is within you…” Source: Screenshot from “The Colorless”.

This article by Amina Sejfić was originally published on Balkan Discsa project of Post-conflict research center (RCCP). An edited version has been republished by Global Voices under a content sharing agreement.

Aida Gavrić’s debut film “The Colorless” was screened on October 14 as part of the Post-Conflict Research Center project and photo exhibition “The Love Tales”, sparking public debate. The film is about children from ethnically mixed marriages who, stigmatized as “mixed race”, are relegated to a liminal space, between two worlds, given the ethno-nationalist character of Bosnian and Herzegovinan society.

“The Colorless” follows those born out of a time of love between different peoples who, with the breakdown of brotherhood and unity, find themselves stuck in an “in-between”. Thus, the film focuses on those who defy classification in a country where ethno-nationalist categories color the social landscape. These people are often labeled as some kind of excess or “other,” Gavrić said. 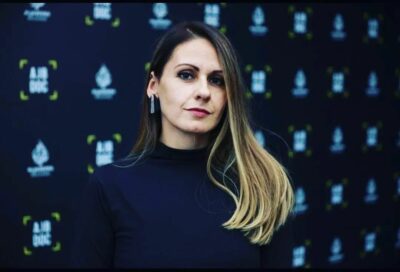 She explained that the idea for the film came from her fascination with science and research into hybrid identity and identity in general. The root of this fascination lies in personal experience. As a child, she realized that she could not be classified according to popular denominational and ethnic categories in a society in which such classifications are not only important, but central to almost every aspect of life.

Gavrić received his master’s degree from the Department of Comparative Literature and Library Science in Sarajevo. She recently defended her doctoral thesis on cosmopolitanism and world literature in the Nada-magazine between 1895 and 1903.

Her personal story is integrated throughout the film, as she herself is a child from a mixed marriage. Because of this, she says it’s hard for her to choose one scene from the film as the most poignant. However, she ultimately singles out the tale of two girls, Nora Gutić and Arven Gavrić Memić, whose wit, thought, and even visual representation embody the essence of what the film portrays.

“Every aspect is hugely important to me and an indispensable part of the puzzle of what my goal was to convey to the audience. But if I really had to choose, I’d say it’s the perspective of the two six-year-old girls that is the smartest,” says Gavrić.

“I always wanted to change the world”

It is extremely important to discuss these topics, especially in a society as divided and distrustful as Bosnia and Herzegovina. The easiest way to approach the subject is certainly through art, because in the case of engaging art, silence is not golden.

“I don’t want to be silent. Artists should not remain silent. Otherwise, who else will point out the reality and what is wrong and weird in it? Who will find out? Gavric said. She noted that she’s always wanted to change the world and thinks that’s the main drive for most who work with art — or at least should be. 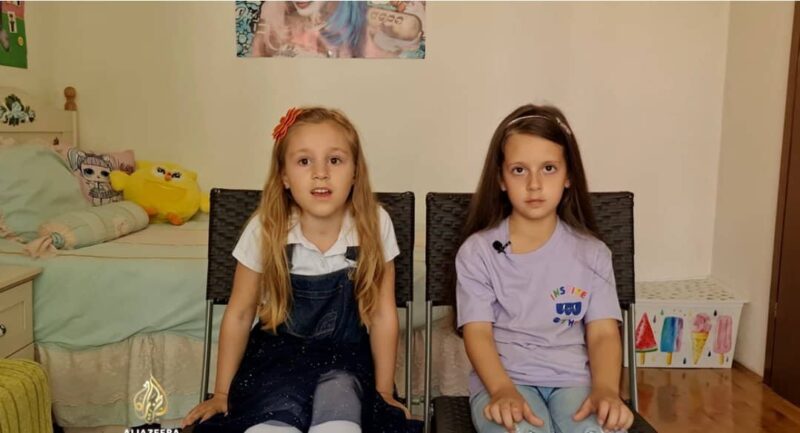 Velma Šarić, president and founder of the Post-Conflict Research Center, demonstrated the potential of art to change established narratives. Her work is based on using innovative multimedia content to promote stories of peace, including documentaries, photography and art.

“Art has proven to be a great way to promote real values ​​and still somewhat taboo subjects in our society. Art is the easiest way to change current entrenched narratives,” said Šarić.

The “Tales of Love” was installed at the Museum of History of Bosnia and Herzegovina, which organized the screening of “The Colorless” in collaboration with the Post-Conflict Research Center. The exhibition focuses on ten ethnically mixed couples from Bosnia and Herzegovina. The exhibition and film challenge the existing narrative that relationships between people of different ethnicities are non-existent and unsustainable. 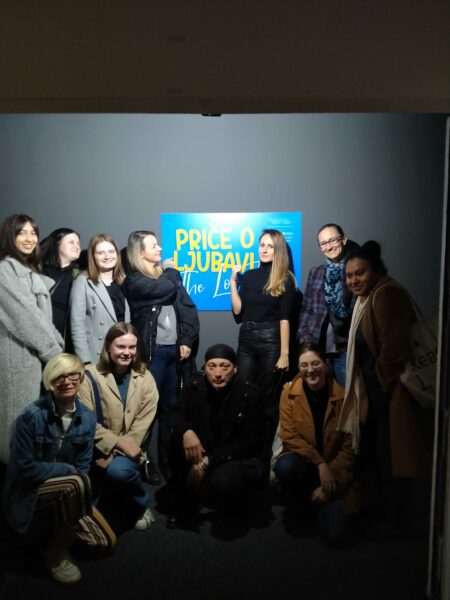 Screening of “The Colorless” as part of the photographic exhibition “The Love Tales”. Photo: BiH History Museum, used with permission.

Gavrić witnessed the power of art, including documentary film, when his film premiered at the AJB DOC Film Festival in September, in the category of films recorded with a smartphone. He is available online on the AJB YouTube channel (only in Bosnian).

“It’s particularly interesting that an audience not directly affected by the central theme reacted strongly to the film. People often cried and laughed at the same time watching him. As someone who has spent his whole life writing, which is to say a medium that has a very limited scope, this experience is totally extraordinary,” explained Gavrić. She added that this film actually represents an important turning point in her work – the transition from text to moving image.

The inspiration for the title “The Colorless” came from the work of Džemaludin Latić, a professor and writer who published a text in 1994 in the war magazine Ljiljan and in the collection “Mješoviti brakovi” (Mixed Marriages). In the text, he spoke of mixed marriages as “a kind of misunderstanding of common life is present”, as well as “most failed marriages in which serious conflicts arise”. He also said that the children of these marriages are “frustrated by default” and therefore the author recommended at the time that “these marriages end once and for all”.

“In the film, he had the space to explain his current view of the text he wrote almost 30 years ago and to express his views on the subject today,” Gavrić said. At one point in the film, Professor Latić apologizes for, as he puts it, “the clumsy and careless expression” he used in the 1994 text.

The author of “The Colorless” believes we should embrace the diversity of identity among people.

“Don’t let yourself be divided, diminished or categorized. The lowest acceptable collective identity determinant for a human being is that of belonging to the land. This is the only path to the Kantian utopia of eternal peace,” Gavrić concluded.