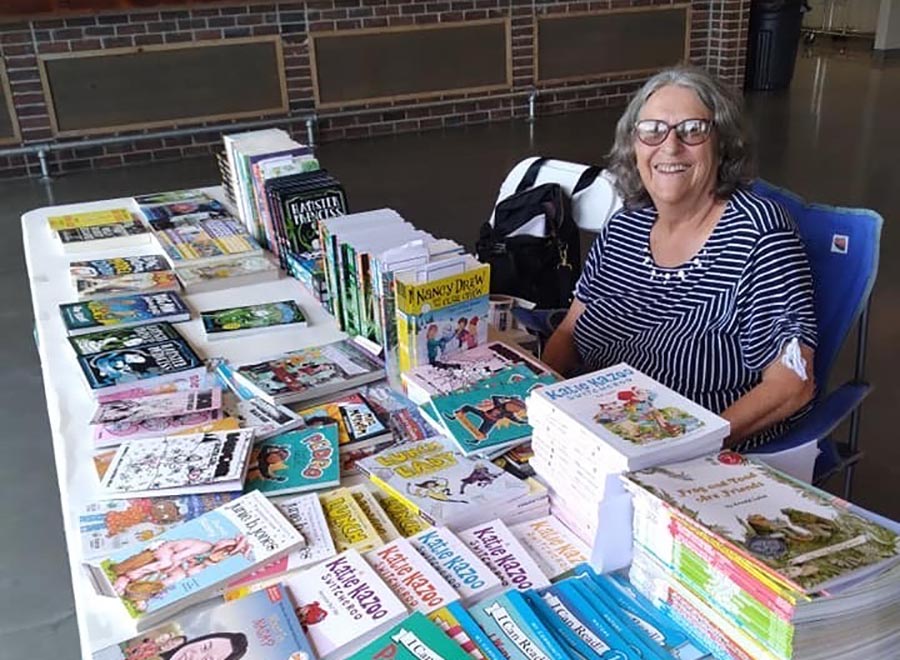 PLAY ON WORDS : Turns out, Tilda Swinton is as captivating when she talks about books as she is on the big screen.

The actress shares her favorite writers and reveals her poetic journey in a 26-minute episode of “In the Library With…” for Chanel, as part of her Rendez-vous littéraires Rue Cambon (rue Cambon literary gatherings, in English). It debuted on the Chanel website on Monday and is sure to inspire many people to re-read some classics – and descend into a wormhole in search of the Scottish feathers she cheats.

“Reading became a real drug when I was 10,” says Swinton, sharing that she grew up in a house full of books and three brothers who often excluded her from recess. “Reading was about companionship, it was about having a companion.”

Virginia Woolf’s “Orlando” – which she first read at the age of 13 before it became her groundbreaking film in 1992 – and Charles Dickens’ “Great Expectations” are books she rereads. every few years, arguing that they brighten and comfort differently at different ages. She said the latter blew her away when she first read it at the age of 15.

She dives deep into writers and has collections of books by PG Wodehouse and Muriel Spark, and poetry by Hafez and Norman MacCaig.

You will find multiple copies of “La Vie Exemplaire” around her house, which she likes to give as a gift. The illustrated tome by French illustrator and comic book author Floc’h shares maxims for a life well lived.

Other writers she recommends include Jamie Salter, John Berger, Patrick Leigh Fermor and Gavin Maxwell, who have written a famous book on otters called “Ring of Bright Water”.

Swinton went to college as a bustling young poet, but confessed that she had largely hung up her pencil. Yet she delivers a sharp and vivid explanation of the difference between prose and poetry.

Charlotte Casiraghi is the new ambassador of Chanel